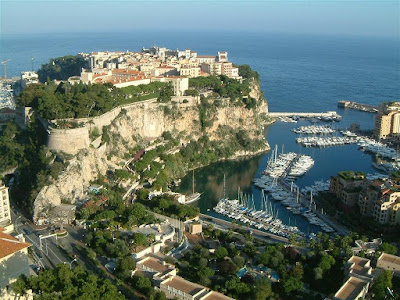 This blog is about everything decadent (as the tag-line for our company is “Decadence for Divas”) and what more decadent a place than Monaco.
If you are from the USA you have Vegas. But if like me you are from Europe, then we have to settle for this little principality.

I have been to Monaco a few times, but the thing that strikes me is just how over-crowded and built up it is.

Here are some more facts I’ve gathered about the “playground for the rich and famous” :-

*Monaco is only about the size of Hyde Park (London), which is ony about 350 acres. Now you get a feel for just how small this prinicipality is.

*70% of people rent their homes in Monaco, including one of their richest residents Sir Phillip Green (owner of TopShop).

*A 4 bedroom duplex, facing the harbour will set you back 60M Pounds to buy. That works out to about 30,000 GBP/squared metre!

* 1.5 Million GBP will buy you 47 squared metre; basically a shoe box with no garden, or no pool. The most basic accomodation you can imagine.

*There are more millionaires per squared metre than anywhere else in the world.
There are approximately 2,000 Millionaires and 50 Billionaires currently living in Monaco.

*There is NO crime, and the papparazzi are banned from the principality.

*Every car licence plate is scanned and recorded as it enters Monaco.

*The streets are scrubbed clean every morning, and there is no graffiti anywhere

*40,000 workers from France cross the border everyday to work. 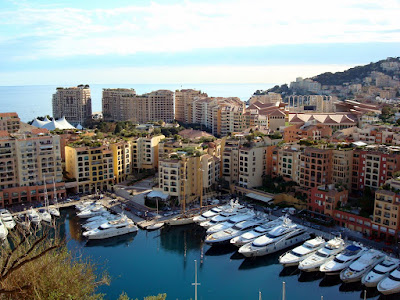 *Monaco is 6X the size of the Vatican

*The Gran Prix started in Monaco in 1929,and is now broadcast to 100M people. It is now deemed the most glamorous Gran Prix in the world.

*Lets not forget the principle reason people move to Monaco; it is a tax haven. 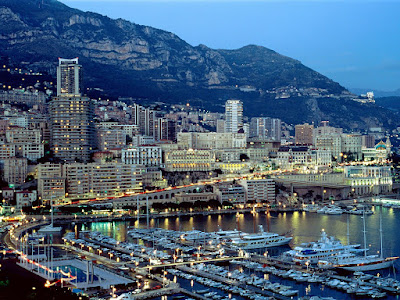 So there you have it, some trivia about one of the most glamorous places in Europe.
If you could, would you want to live there in a shoe box simply because your postcode was Monaco? I’m really not sure I would. I think I would prefer to live just across the border in France and get more “bang for my buck!”
I would love to hear your views, and if Monaco is on your list of “Places to see before I die!”