Antonio Banderas and Melanie Griffiths are media sweethearts here in Spain. The media LOVE them. Why? Because they are always polite and gracious to the press and Antonio has never forgotten his Spanish roots. Just last weekend a photographer was following them whilst they were riding their bikes in Malaga. When he caught up with them, he was given a big hug by both and invited into the nearest bar for a coffee. 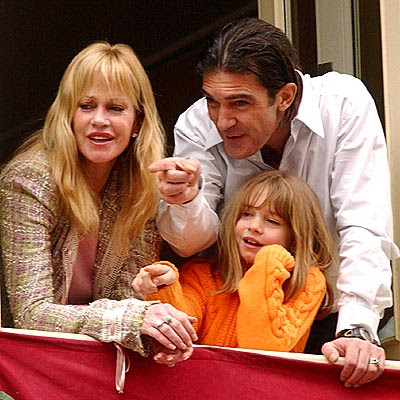 The Spanish love Melanie because she has embraced Spanish culture. Like me her language skills have a lot to be desired, but she tries, and the Spanish love a "trier".

Today Antonio gave an interview where he was explaining how whenever new Spanish actors come to Hollywood, him and Melanie open their homes to them, invite them to stay at their place(because he remembered how frightened he felt when he landed in LA alone). He cooks a huge paella, invites all his industry contacts, and does whatever he can to help aspiring actors in Hollywood. 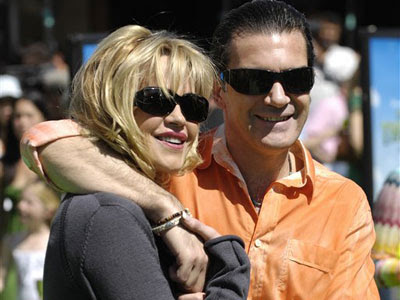 In this interview he was speaking in particular about two specific actors who stayed with him (on separate ocassions) for months! When they were not staying in his home, they were on the phone daily asking Antonio to sort contacts out for them etc. He explained how now that "they" have made it big, when he sees them around they just turn the other way. They don't even acknowledge him or Melanie. One of the aforementioned individuals stayed in his home for over a year! Antonio was by no means complaining or sounding bitter. What he was saying was how sad that kind of behaviour was, because as fast as you can make it in Hollywood, it can chew you up and spit you out.

Who do you think he was talking about?


It is really sad when "friends" only use you for what they can obtain. Despite my professional background I am not very good at sussing out people close to me, who are like this; on the other hand my husband is really savvy.

What about you? Do you think there is a place for friends with benefits? Are you good at sussing out people like this quickly? How do you deal with "friends" like that before you kick them to the curb ;-)