Are you a Rhinoceros?

Last week some girlfriends and I were chatting together over a “liquid lunch” when one of my friends asked, “what animal would the people that know you say you are?”. Well at this point, I started to think about all the lovely creatures I “felt” I could be; a lovely butterfly, a peacock, a koala etc etc. After much ribbing and laughter between us, the friend that posed the initial question turned to me and said “Van, I think you are a rhino”! Well, you could have knocked me down with a feather. I was absolutely gob-smacked. This was one of my closest friends saying I reminded her of a rhino. However, before I could retaliate, (I think my friend noticed the ghastly shade of green I had turned), she explained herself very quickly. She said, “Van, you remind me of the horn of a rhino because that part boldly sticks out and precedes the body. The horn goes first; it is strong, courageous and relentless. It explores the unknown and dangerous; it removes all obstacles in it’s path so it can move freely and travel safely with greater speed. The horn confronts the problems it has on it’s path; it helps the rhino change direction and protect it from harm. The horn is the teacher, the body the follower. The horn gets scarred so that the body can remain safe”.

Suddenly I felt really happy at being described as a rhino (for the first time in my life I might add!). I wanted to jump up and hug her. What a wonderful description. I didn’t have time to think about the details, and the fact that now, following reflection, I think she was being over-generous, I just felt so pleased that her perception of me had been so strong. Make no mistake I am a real “girlie-girl”, but her description made me feel very powerful and strong.

When I got home I looked up some facts about the rhino, and also found out (by chance!) that when it breaks of part of it’s horn, it grows back as good as new. This I felt really sums up most women; the ability to start over when we have failed. For me this is the best part of being a rhino horn. It’s the part of us that plunges ahead into change even though we may be terrified. The part that feels the way forward in the dark. It’s the part of us that represents courage; courage to question, to be willing to hear answers we may not want to hear, courage to look within, courage to learn more about ourselves.

Suddenly I was really happy being a rhino and not a cuddly koala as I had initially hoped for. 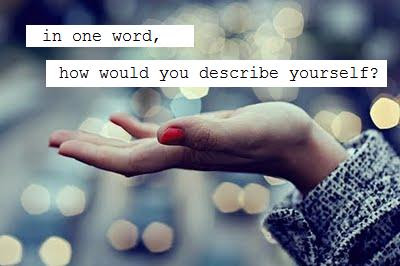 What animal would your friends describe you as, and why?
(p.s don't forget to enter our Blog Giveaway below).