Here in the UK, the news channels have been prepared
for this "imminent" announcement since last week.
So on a really cold, crisp November morning
the engagement was finally announced. 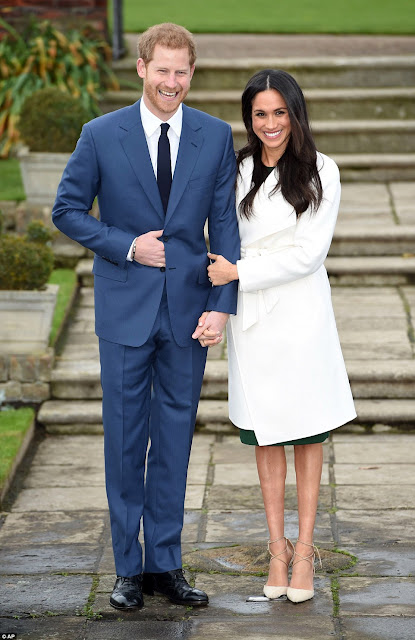 The happy couple decided to make the announcement from the site of the
Sunken Garden at Kensington Palace; the site of the memorial created
for Princess Diana. 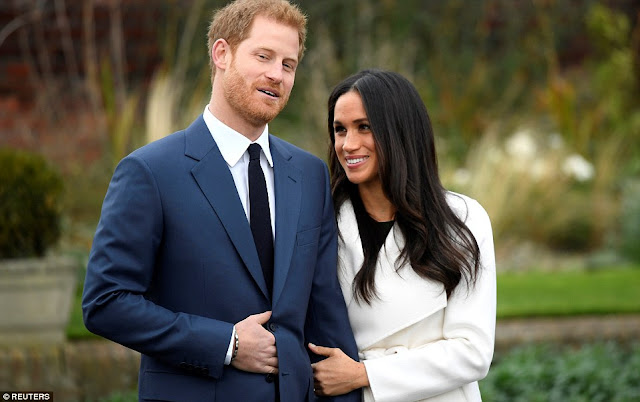 During an interview later today Prince Harry said the ring was made of yellow gold
as this was Ms Markle's favourite.
The centre diamond was from Botswana -a place close to Harry's heart but also where
he and Meghan went camping early on in their relationship (brave girl!!!)
The two outer diamonds are from Diana's own personal
collection. Because of the enormous sentimental value of this ring, experts are saying
it makes the ring "priceless".
The ring was made by the Queen's preferred jewellers Cleave & Company. 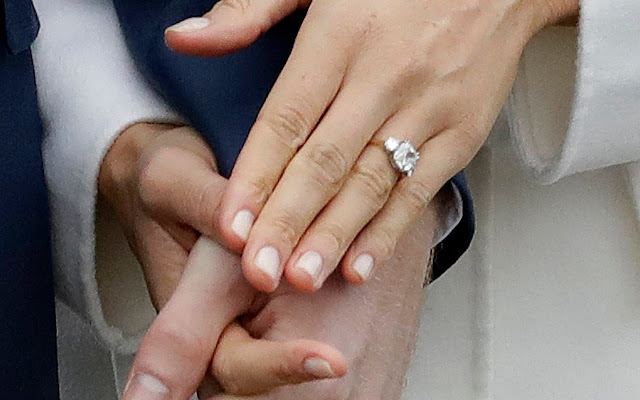 During their interview Harry said he chose two diamonds from his
Mother's collection to "ensure she is with us on this crazy journey together".
That was enough to get me blubbing.
Meghan also showed just how articulate and confident she is.
She actually spoke more than Harry and really showed the world's press that
she is more than an actress; more than just a "red carpet bunny". She is media savvy
and a real beauty with brains who wants to continue the humanitarian work
that they both passionate about. Being a Royal will now be a perfect "stage" for her.
It was so refreshing to listen to her speak. She was articulate, refined, respectful of the
establishment she was marrying into and clearly in love with her Prince.
More than anything it was wonderful to see this Prince happy.
No-one who watched Princess Diana's funeral could forget the sad
images of  Prince Harry walking behind his mother's coffin under the microscope
of the worlds media (something apparently the Palace Courtiers insisted he did).
Also, it hasn't gone missed that Meghan is the same age Diana was when she died.
For me, it was great to see Harry happy and to see he clearly did things
his way, which I am sure had the "suits"
in the Establishment ruffled and worried for quite some time.

It is also encouraging to see how far the Establishment have come.
We all know what happened to Wallis Simpson.
But to see now that race, religion, nationality and age no longer
have a place in the decision making process is hugely inspiring
and refreshing.
We've come a LONG way and that is also good news.
Congratulations to a beautiful couple!! 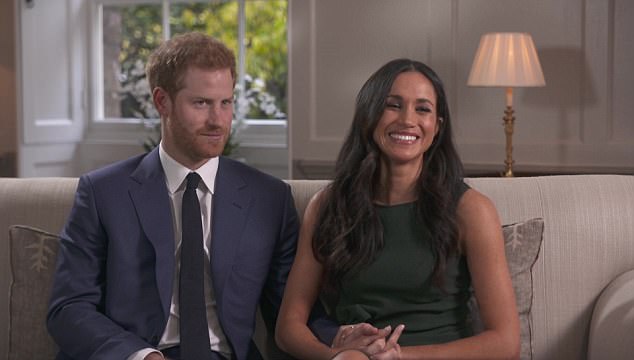 Would love to hear your thoughts.
Images: Daily Mail and Daily Telegraph